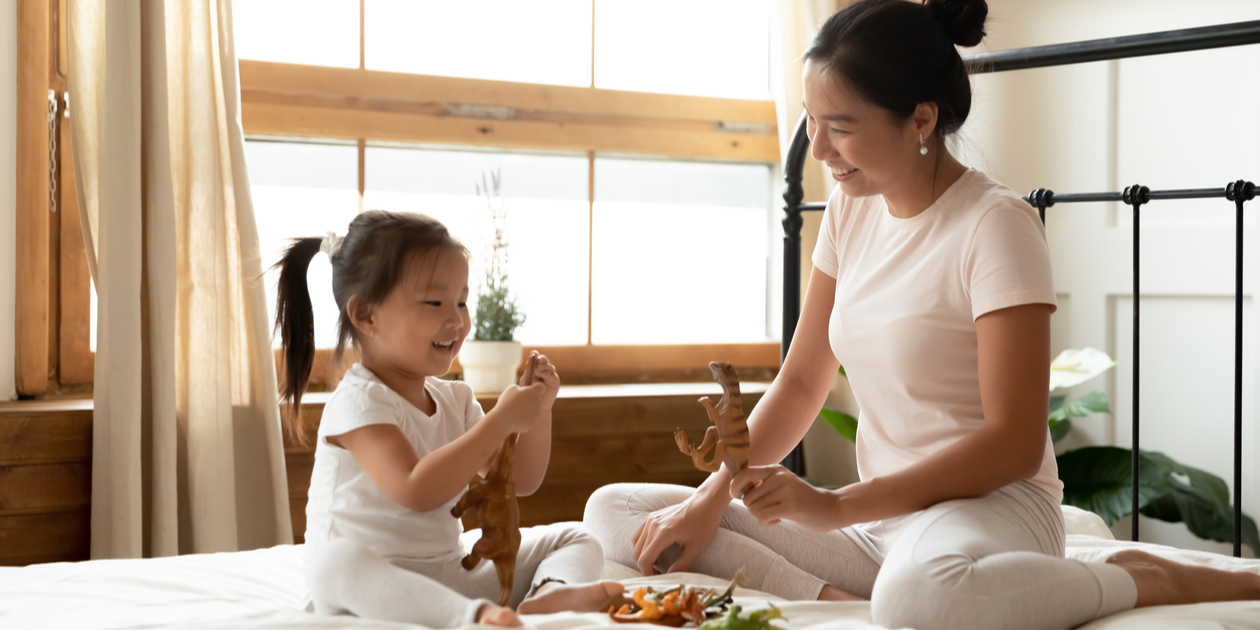 How to help your child develop their speech and language skills

Speech disorders affect a child’s ability to make themselves understood. Speech and Language Therapists refer to this as their intelligibility. We expect a typically developing child’s speech to be largely intelligible by four years old. However, learning to talk is complicated, and mispronunciations are inevitable. Some of these mispronunciations are normal, while others are more significant and require a speech and language therapist’s support.

Whether your child is experiencing the odd mispronunciation as they learn to say new words, or has an identified speech sound disorder, it’s important that adults around the child know how to respond correctly when they mispronounce a word.

We want to encourage our little ones to feel confident about their talking, persevere when sounds feel a little tricky, and become great communicators. As parents, it’s so important that we change the way we communicate to encourage this. To avoid any discouragement from wanting to talk and help prevent speech sound difficulties persisting.

So I am going to break it down and give you the most effective strategies for supporting your child’s speech sound development. You can use these techniques at home with your child to support the development of their speech sounds whilst maintaining their self-esteem, confidence and motivation to talk.

What to do when your child mispronounces a word

Praise what is said, do not correct how it's said

If you have understood what your child has said, there is no need for them to repeat themselves. This is really important as we want our children to talk confidently, to express their ideas and engage in play without any worries or frustrations about having to repeat themselves or having their play interrupted by being asked to say a word again.

Don't ask your child a question you already know the answer to (e.g. what's this?)

Asking your child a question you know the answer to does not help their development. It is a test, it reassures you as a parent that they know the answer, but it doesn’t help them improve or teach them anything new. Think about how you talk to your adult friends; you wouldn’t ask a stream of questions and correct any responses you felt were incorrect. And if you did, I am pretty sure they would feel browbeaten and exhausted! Guess what - your child feels exactly the same. Every time you feel like asking a question, switch it to a comment - instead of ‘what’s that called?’ say ‘oh, look, I can see a fluffy sheep’. This is a much more effective way to help our children to say words correctly, and you are providing a clear model of the correct sounds within words without any added pressure.

Repeat the words back as they should sound (clear model)

Without telling the child they’ve said the word incorrectly, say the word how it should sound; this is known as modelling and is most effective when the target word is said multiple times for your child to hear. Some research says children need to hear a new word between 12 and 25 times before they learn it and even more time before they feel confident to use it themselves.  So, for example, if your child says:

You are modelling the correct response, using lots of repetition and not asking your child to correct themselves.

We often want to emphasise the sounds our child is mispronouncing, but this can lead to other difficulties later down the line. For example, when we overemphasise a sound we often add a vowel sound so ‘cat’ might become ‘cUH-at’. So when your child starts to use the ‘k’ sound in words, it could be accompanied by the vowel sound. Gently highlighting the target sound is best.

Put the blame on your ears!

If you have difficulty understanding your child, it’s ok to ask for repetitions but this is best done in a sensitive way where the blame is put on the adult for not understanding. For example, you could say ‘My ears aren’t working today, can you say that again?’

Ask your child to show you

If you’ve blamed your own ears and having a repetition hasn’t got you any further in understanding what your child is saying, reassure the child that it is OK and ask them to show you what they’re saying – encourage pointing, taking you to the thing they’re talking about or even drawing it.

Little and often strategies for mispronunciation

These next strategies can be used on a little and often basis; they are more direct and shouldn't be used all the time

Cue the child in

Cue your child to listen to the particular sounds in the word that they find challenging. For example, if your child says ‘dut’ instead of ‘duck’, you could say ‘yes, it’s a duck! Duck has a ‘k’ sound at the end, can you hear it? duck’. Remember always to use the letter sound, not the letter’s name. So in this instance, it’s ‘k’ not ‘kay’ or ‘kuh’. Remember, the primary goal is for your child to hear you say the word, not for them to repeat it back to you.

Clapping out the different syllables in a word can be really useful for those longer, more complex words such as ‘elephant’ or ‘dinosaur’. By encouraging your child to clap or stamp their feet to the number of syllables in the word, they are hearing the separate parts of the word said clearly, making it easier for them to learn and repeat the word.

Go on a sound hunt! If you know the sound errors the child is making (for example, they replace ‘k’ with ‘t’, so they say “tar” instead of ‘car’), you could go around your house and look for things that begin with the ‘k’ sound. You could fill a bag with objects beginning with ‘k’ or draw pictures of them. Once you’ve got lots of words starting with the difficult sound, take them out of the bag one by one and use it as an opportunity to provide a clear model of the words to your child.

To correct or not to correct - when and how?

It’s not appropriate to draw your child’s attention to their mispronunciations, as this can make them withdraw from communicating altogether.  If your child appears anxious to talk to you or to unfamiliar adults, It is definitely worth enlisting the help of a speech and language therapist.

If your child is aware of their differences in pronunciation and can easily say the individual sounds, they find challenging. Then your child could respond well to occasional self-correction prompts, such as those described below.

The best time to help is occasionally in a one-to-one conversation with your child when you notice them using a word you know they can correct. This can be done by giving them a choice between their version of the word and yours, For example, ‘was it daddy’s tar or car?’, ‘have you got new doos or shoes?’, ‘have you lost your tock or your sock?’ Remember, by providing a positive choice, your child has the opportunity to succeed!

Your child must be allowed to see themselves as successful communicators. As adults, we should always listen and respond to the meaning of what our child is saying over how they have said it.

For more information about typical speech sound development in children, head over to our earlier blog post, ‘What speech sounds should my child be using?’. Here you’ll find a complete lowdown on the different types of speech sound disorders, what sounds your child should be able to produce at what age and when to request an assessment from a Speech and Language Therapist.

Speak to a Speech and Language Therapist 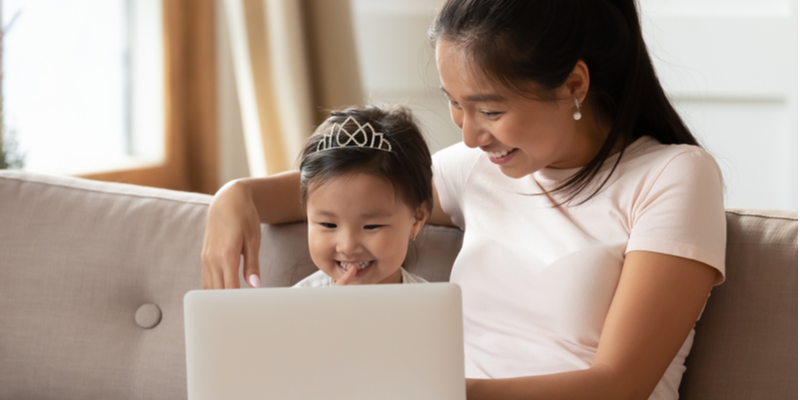 If you’re concerned about your child’s speech and think they may need the support of a Speech and Language Therapist, you can book your consultation appointment with your chosen therapist here.

Let us know if we can be of any help as you work on building your child’s speech sound skills by getting in touch.

How to help your child develop their speech and language skills