The Forgotten Children Scandal – A Review

On the 18th July 2018, the House of Commons Education Committee put together their review of alternative provisions (APs) in the UK and the difficulties around providing education for children not in mainstream education.

The report acknowledges the fact that more and more children are being excluded from school and tries to bring in some solutions pertaining to alternative provisions now being over-subscribed. The full paper is available here: https://publications.parliament.uk/pa/cm201719/cmselect/cmeduc/342/342.pdf, however if you don’t fancy reading 50 pages, here is my break down of the report and what it means for educators and those of us providing interventions.

What is an AP?

For the purpose of this review, an alternative provision (AP) refers to a pupil referral unit (PRU), an AP academy or free school, hospital schools, AP delivered by a charity as well as any independent or unregistered school. Children who are educated at home were not included in this review – although it was mentioned that there are concerns over the number of children who are being inappropriately advised by the school to be home-educated without the proper systems in place.  Statutory guidance covers the use of AP. It states that AP can be used by local authorities to arrange education for  pupils who are unable to receive suitable education or by schools for pupils who have fixed-term exclusions, but also to ‘improve a pupil’s behaviour.’ 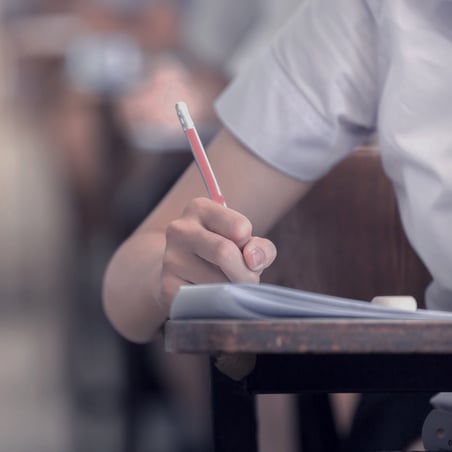 As APs are now often over-subscribed, the difficulty is ensuring that the people whose needs would be best met in an AP are in there, and the people who should be supported in mainstream remain in or are able to return to the mainstream.

Why are APs becoming over-subscribed all of a sudden?

The short answer is – there are more and more children being excluded. There are several reasons for this:

How do children get excluded?

In England, only headteachers can exclude a pupil, which can only be for disciplinary reasons. They must also tell parents of an exclusion, and in some cases, such as permanent exclusions, must inform the governing boards and local authority.

The issues surrounding exclusions are that there is some discrepancy between whether it is the school or the local authorities responsibility to place children or the schools, and in some areas, the decision goes through a fair access panel, where are in others it doesn’t. Parents can appeal when a child is permanently excluded – however they must appeal within 15 school days. Many parents are not aware of this or lack the capacity or time to do so.

What makes a good AP?

“A good PRU delivers a lot of love and a little magic into the lives of those who have very frequently, and sadly, experienced too little of either.” – Peterborough Pupil Referral Service (ALT 30)

Reintegration
After AP, in an ideal world many children would reintegrate back into mainstream schools, however, this often does not happen. The reasons for this are:

How can we measure the success of APs?

It is difficult to measure the success of APs, as being compared directly with the mainstream is unfair. The reasons for this are:

Perhaps one of the most shocking finds from the report is that there is no funded provision for children from AP once they turn 16. Despite the fact, it is now a requirement that young people stay in education until the age of 18!

94% of Year 11 pupils from mainstream or special schools go on to a sustained education or employment or training destination, compared to 57% from AP.

Unfortunately, pupils from AP can face limited choices about where they can go on to based on the qualifications they achieved at AP, or their educational histories. It is also very difficult for them to go from a small PRU where they received a lot of support to a huge college, and so they often drop out.

Although it can look pretty bleak, at least the Government are aware of the difficulties facing both mainstream and alternative provisions and can look to rectify some of the issues.

So there you have it – the Government has come to some sensible conclusions, but whether they will come to fruition, only time will tell.

Eating disorders: Are they what we thought?

A Guide to Vocabulary Teaching: Part 2