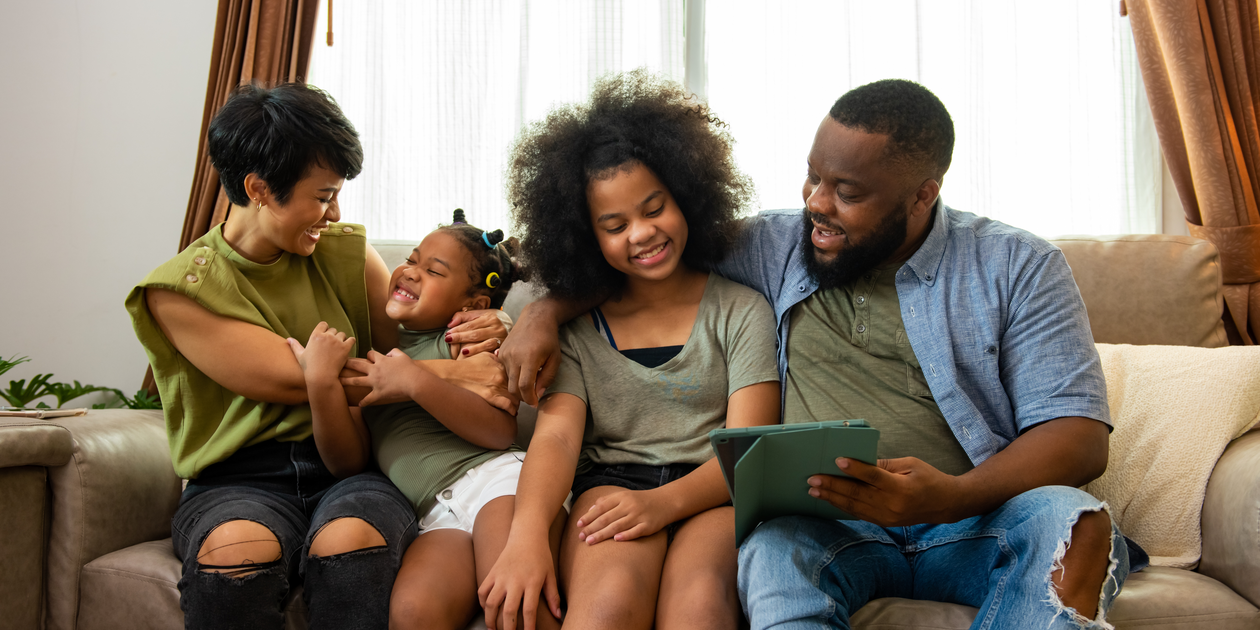 Mable Therapy | How to help a child overcome social anxiety

In many parts of the world speaking more than one language is the norm and a pretty essential part of everyday life. It enables a person to communicate with family members in one language and use another language at work or school. By contrast, there are also many areas where monolingualism is the norm and in this context, speaking more than one language may be thought of as an enviable skill.  Furthermore, there are many parents who have emigrated to a different country and do not (yet) speak the native language. These parents may face the inevitability that their children’s strongest language will not be the same as theirs. Everyone’s circumstances are different but parents who speak more than one language, or whose native language is not dominant in the area they live in, have choices to make, such as: Which language do I and others speak with my child? Does it matter at what age I introduce another language? Should I bring them up to be bilingual?

It’s not always straightforward to know what to do for the best, especially as there are a lot of myths and misinformation surrounding bilingualism and multilingualism. So let’s take a closer look, and see if we can help you find the answer.

Although the definitions are straightforward, there are different types of bilingualism and multilingualism, which depend on the timing you learn the languages and also a person’s proficiency in the languages. Here is a short summary:

Types of bilingualism according to age/timing:

Types of bilingualism according to proficiency:

The link with speech and language therapy

All of this is very relevant to Speech and Language Therapy. When thinking about children’s language development, Speech and Language Therapists (SLTs) need to know what languages a child is learning, which is their dominant language (if they have one) and if there have been any changes to this over time. When assessing if there is a communication need, we always need to assess a child in their dominant language as it would be unfair to complete an assessment in a language they were less competent in and conclude they have difficulties, when in fact this is a result of them being assessed in their less dominant language.  As a result, when taking a case history, it is important for SLTs to ask questions about the languages a child is exposed to and which languages they speak, to ensure that our assessment reflects a true picture of a child’s communication abilities.

Sometimes it can take a little longer to complete an assessment with a child who is bilingual as we need to make sure we have given the child a chance to show us what they know, which can mean allowing them to answer questions using a mixture of languages. The time spent on completing an accurate assessment is absolutely essential as it allows us to know if the child needs therapy or not.

Now that we’ve defined bilingualism and its relevance to Speech and Language Therapy, let’s look at some of the myths surrounding learning more than one language. By busting these myths, we can see what an asset bilingualism can be. 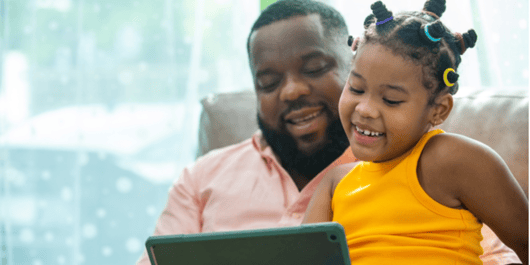 Myth #1:  It’s better to just use English with my child as this is what they will need at school

Parents living in the UK or other English speaking countries, understandably want their child to have a firm grasp of English, if this is the language they will need at school. There is nothing wrong with this, and some bilingual parents may choose just to speak English with their child if they’re not interested in their child being bilingual. The problem arises when parents make this choice but they are NOT fluent English speakers. When this happens, a child is hearing limited language, because the parents do not have a firm grasp of English. They may know some English words and use these with their child but not know how to model sentences with accurate grammar. The result is that a child’s language development is detrimentally affected because they are not being immersed in a rich language environment which they need to thrive.

So what should parents do and how do they know if they are competent enough English speakers? The best advice is for parents to speak to their children in whatever language they feel most comfortable in. Regardless of whether a parent wants their child to end up being bilingual, it is far better for a child to be exposed to a language their parent is fluent in than to be exposed to a limited version of English.  As long as there are no underlying difficulties, a child should start to learn English as soon as they are exposed to it, perhaps when they start mixing in toddler groups or nursery. This is likely to then become their dominant language, if this is the one they hear and use the most.

Myth #2: Two or more languages will confuse my child and lead to them being delayed, I’ll just focus on one at a time

It’s understandable for parents to be unsure about their child learning more than one language, especially if they were brought up with just one language and had to learn another one later in life. However, it’s very common around the world for children to grow up learning more than one language and there is no evidence that it can cause delays or other problems. Children who are multilingual can experience communication difficulties, but what we know is that they are no more likely than monolingual children to experience these. Delaying learning a language until later in life is probably not the best option, since we know that the best time for language learning is early on in life.  We can probably all recall being taught another language at school and the slow progress we made!  If parents want their child to be bilingual, the best thing to do is ensure they are exposed to both languages as much as possible from an early age. When it comes to learning a language it’s a case of the earlier the better.

Myth #3: My child uses words from different languages in the same sentence, they must be confused

It is completely normal for children who are learning more than one language to mix these languages as they are learning them, i.e. use words from different languages in the same sentence. It seems likely that children don’t automatically separate languages as distinct entities at a young age, but over time they learn to separate them out. So if your child is using two or more languages in the same sentence (we call this code switching), this is completely normal and nothing to worry about. Be patient, and over time, your child will learn the differences between the languages they speak and will use whichever language is appropriate for the person they are speaking to.

Myth #4: My child can speak this language now, so I don’t need to bother using it anymore

If you have made the effort to teach your child another language, it can be tempting to stop doing this once they have reached a certain level of fluency. Sometimes it’s just easier to stick with one language. However, beware that if you do this, there is a very real chance your child will lose valuable skills they have learnt and forget how to speak the language. This is because language is a skill we need to regularly practice in order to keep up our competency. You may have had the experience of living abroad for a period of time and picking up some of the language. What you have probably also found is that once you returned home, these words you learnt have slipped away from your memory. This is an example of how a language needs to be continually used to be kept alive so if you would like your child to be a fluent speaker of a language, keep on using it! 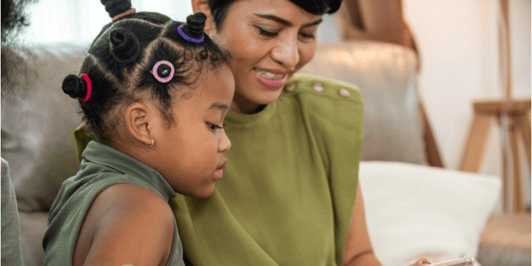 Myth #5: Being bilingual will result in my child being more intelligent

There have been many studies into the possible advantages to being bilingual and the different additional skills speaking more than one language might bring. There are some studies which do show differences between bilinguals and monolinguals in terms of different tasks such as memory and social understanding (see Byers-Heinlein and Lew-Williams, 2013 for more details). However,  there is no real evidence that any of these factors have a meaningful impact on a persons’ functioning in everyday life. If you are thinking of bringing up your child up to be bilingual, make sure you do it for the right reasons. There are many advantages to speaking another language, and learning them early on when our brains are ‘programmed’ for the job can give a person a skill they would otherwise have to work very hard at later in life to achieve. Unfortunately, doing it in the hope your child will be more intelligent is likely to lead to disappointment! 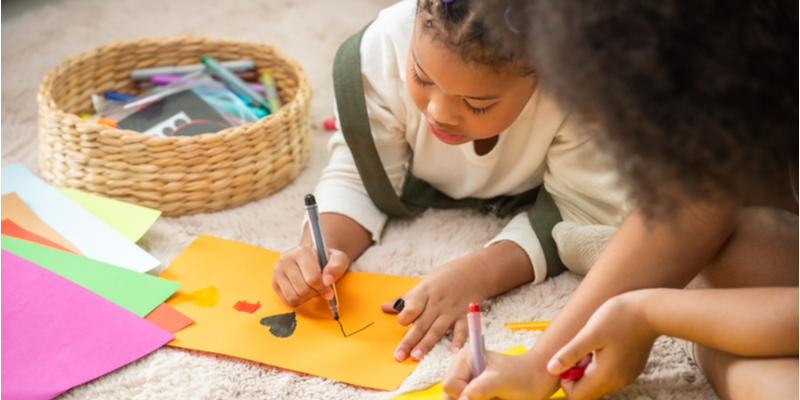 Hopefully, this has been a useful read, especially if you’re making decisions about which language to speak with your child. Decisions are an entirely personal choice and what suits one family may not suit another. The important thing before making your choice is that you are armed with the facts (which hopefully you are after reading this blog!) Then you can rest assured you have made the right decision for your family.

If you have any questions or comments, please feel free to leave one below. Alternatively, if you are concerned your child’s language is not developing, whether they are monolingual, bilingual or multilingual, please contact us at Mable to speak to one of our Speech and Language Therapists.

Mable Therapy | How to help a child overcome social anxiety

Helping Your Child to be Body Positive

How to Deal with your Child's Tantrums