How Speech, Language and Communication difficulties ‘Made a Murderer’ 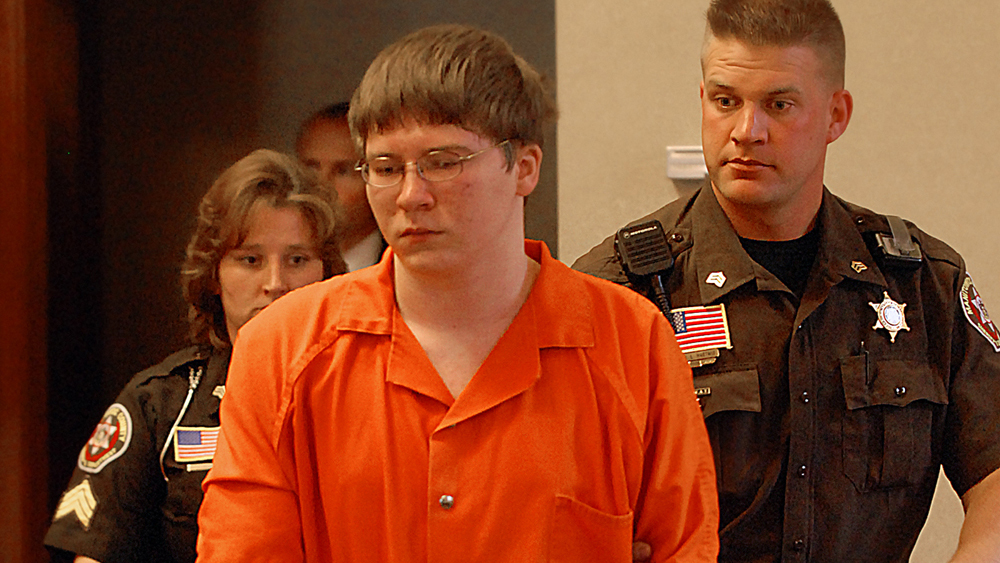 I’m sure I am not the only person who is heartbroken by the plight of Brendan Dassey on Netflix’s documentary series ‘Making a Murderer’. Watching season 2 of the Netflix documentary this week inspired me to write this blog, which I hope shows how speech, language and communication difficulties are directly linked to Brendan being imprisoned.

In amongst the rest of the injustice, what devastated me the most was hearing about the 3 minor infractions Brendan has received whilst being in prison. In a prison full of drugs and gangs, Brendan has only been in trouble for:

It is clear that his learning disabilities affect him hugely, although he is now 29 years old, he is much more like a young child, relying on phone calls with his mother and playing board games to pass the time.

Brendan was previously assessed as having an IQ of 73 (and a verbal IQ of 69). The average person has an IQ of 100, and 70 is usually considered as being the cut off for an intellectual disability. Although the IQ test shows that Brendan does have a learning disability, as a speech and language therapist I would argue his communication scores would equate to even lower than this.

As a 16-year-old at the time of his Police interview, Brendan was a child taking ‘special education’ classes; described as being quiet, having difficulties socially and enjoyed watching wrestling and playing computer games. Prior to the murder of Teresa Halbach, Brendan had no experience of the criminal justice system.

Because of his learning disabilities, he was seen for Speech and Language assessments every 3 years and his last school report (when he was 15 years 11 months old) is available here. This assessment is an interesting read because it shows exactly why Brendan was so vulnerable to the police interviewers.

The area he has the most difficulties with is his working memory – in fact, in an assessment where all he has to do is recite back a string of numbers said to him by his assessor – he scored an age equivalent of 5 years 3 months.

During the infamous police interview, Brendan changed his story several times and kept responding "I don’t know" to questions. It's likely that the reason he did this is because he couldn’t remember what he said. Even if it was a few minutes prior, he was actually completely unaware of something he had just told the interviewers. It is clear when watching the tape of his ‘confession’, Brendan is trying to say what he thinks the interviewers want him to say, but he is struggling to do this because he can’t work out what he ‘should’ be saying.

To break down the conclusion of Brendan’s report, he has difficulties in almost every area of speech, language and communication. Not only is his understanding of what people say to him impaired, but so is his ability to express himself, his memory and ability to form sentences. He also has a limited range of vocabulary and has difficulties with abstract language, for example if someone told him to "break a leg" he may take this literally.

One particular area that was examined in detail is Brendan’s pragmatic language abilities. Pragmatic language refers to the social language skills we use every day. These include what we say, how we say it, our body language and whether it is appropriate to the given situation. For example, it is understanding that when someone is looking bored and at their watch in a conversation they may want to leave. This was assessed by asking 4 of his teachers to fill out a ‘pragmatic profile’. To be age appropriate Brendan would need to score over 142, one of his teachers rated him as low as 22. This is hugely important, as some of these factors made him look guilty.

The police interview & signs of guilt

Brendan particularly struggles with making eye contact, this is discussed in the documentary but is also mentioned as part of his speech and language report. What is the one thing every knows about how to tell when someone is lying? They can't make eye contact.

The second area which was named as ‘a significant difficulty’ for Brendan is his ability to ask for clarification if he is confused or if the situation is unclear. Essentially, this means that Brendan does not ask for help if he isn’t sure.

In my experience, children with difficulties in this area will nod along, or sit and wait for someone to offer them help rather than ask for it. We know he was definitely confused during his police interview, so he attempts to nod along and try to struggle through it, relying on help from the police interviewers, who were more than happy to oblige him with what would be good to say in this situation.

Using and interpreting body language and tone of voice

We know that Brendan has difficulties understanding what people say to him, and he also has a limited receptive vocabulary. If we consider this in the context of questions being asked of him, It creates a very complicated picture.

Brendan is asked questions using negative statements, such as ‘You didn’t do that, did you?’, these questions are more difficult to comprehend as well as answer. Should he say ‘yes’, as this means he did do that, or ‘yes’ in agreement that he didn’t? He is also asked questions in which he can only answer ‘yes’ or guess, leading him to implicate himself. For example, the Police say "what did you do to her?" Brendan says "I don’t know", and the Police say "come on, yes you do, what did you do?" Brendan then guesses "cut her hair?" leading to a confession of which there is no scientific evidence to back it up. Brendan later tells his Mother that he was guessing the answers, like he guesses the answers to his homework.

The police interviewers use vocabulary such as ‘potentially’ and ‘reviewed’ - Brendan is likely to have no idea what these words mean. In fact, there is a scene in the documentary where Brendan is on the phone to his Mother and asks her what ‘inconsistent’ means. She is unable to tell him, as she doesn’t know herself. Furthermore, the Police interviewers are constantly asking Brendan to confirm times and say when things happened, however a lot of children with difficulties like Brendan’s find time concepts very difficult to understand.

Throughout the whole police interview, Brendan’s responses are barely longer than a few words and usually filled with ‘filler’ words such as ‘erm’, ‘thing’, ‘like’, suggesting he has word finding difficulties and a severe expressive language delay.

Due to Brendan’s pragmatic difficulties, he is likely to believe what he is told by an adult without question, so when the police interviewers say "we already know what happened, we know what you did" Brendan starts to believe that he must have done something.

Throughout the whole process, Brendan was set up to fail. He never received a fair trial, nor was he able to explain himself, understand his rights or comprehend the implications of what he was saying. After ‘confessing’ to a murder and mutilating a corpse, Brendan thought he would get home in time to watch Wrestlemania.

I truly hope that Brendan will get out of prison sooner rather than later, but the sad fact is that Brendan is just one of many children with speech and language needs who has been caught up in a vicious cycle, whose vulnerabilities make them likely to end up to become young offenders or go to prison. A recent statistic suggests that 80% of adult prisoners have speech, language and communication needs. That figure is shocking.

The criminal justice system in this instance has shown it is not fit for purpose when it comes to people with learning and speech and language disabilities.

How can Speech and Language Therapy prevent this?

Think about the child, like Brendan, who wants to please. They lack assertiveness or expressive language abilities to say no. They want to fit in and they want to have friends, but have always lacked the social skills to make them. The child with ADHD and associated speech and language difficulties, who does first and thinks later or the child with extreme anxieties who will do whatever it takes to remove themselves from a situation.

It may be too late for Brendan, who has lost 13 years of his life, but what can we do for those other children, can we intercept them before they end up in a criminal justice system?

I believe with the right intervention at crucial stages in a child’s growth it’s entirely possible to re-direct the life of a child. The work needs to start as early as possible, a speech and language assessment is the first port of call, and specific strategies can be given to help the child to flourish. The majority of children with SEMH (social, emotional and mental health) needs have difficulties with:

A Guide to Vocabulary Teaching: Part 1

I’m a child with autism: get me out of here!