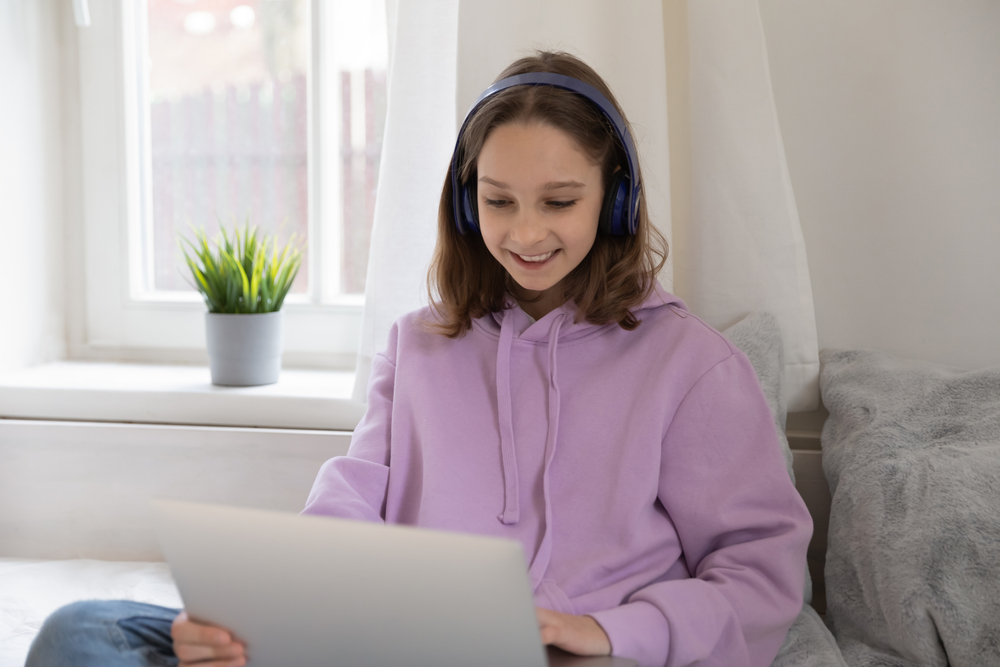 Why is my child so angry?; The Lockdown Effect

If your child is struggling with their mental health it can be really isolating, and not just for them. As their parent, it can be incredibly stressful. It can be so hard to know what your child is thinking or feeling, maybe you’re worried that you’re checking on them too much or not enough, or you might even be worried that what you’re doing is making things worse.

Once they’re seeing a counsellor, it’s natural to hope that these feelings will immediately disappear, but it’s not usually that simple. Instead of worrying about what they’re thinking or feeling, you may start to worry about what they’re saying in the privacy of their sessions. Are they saying negative things about you that will make the counsellor judge you? If they are, how can you present your side of the story if you’re not allowed to know what’s being said? Maybe you’d really like advice from the counsellor on how you can help, or perhaps you’re still worried that there’s a serious problem and you’d really like to discuss this.

All of these concerns are perfectly natural, and as counsellors it’s part of our job to reassure parents that you don’t need to worry. In this article we’ll explain the answers to some of these questions, and explain why putting your trust in the process is so important.

Why do the sessions have to be confidential? 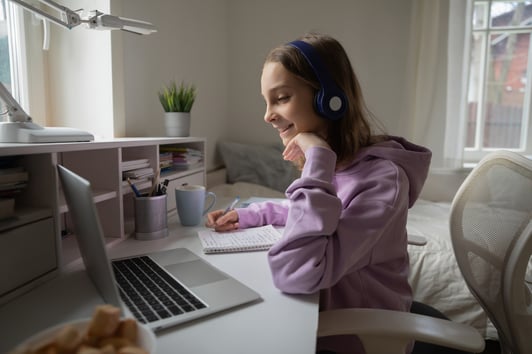 Your child will have been told right at the start that their sessions are confidential, and this has hopefully gone a long way in building trust with their counsellor. Knowing that they can say what they’re really thinking and feeling can be incredibly liberating, and is a huge part of the therapeutic process, but we know it can be difficult for parents.

Relinquishing control can be really hard. Whether it’s at the doctor’s, school or even the hairdresser’s, the adults will often bypass the child and talk straight to the parent about any important decisions. However, this isn’t always helpful. A huge reason children and young people can struggle with their mental health is when things feel out of their control. This can be big things like a bereavement, parents divorcing or relocating, or it can be more day-to-day things, like bedtimes, bath times, or being told to go to school even though they don’t want to.

Counselling is the chance for them to have this control. To start with, they have the power to decide whether they want counselling, and we’ll never make a child have counselling who doesn’t want it. Secondly, they get to direct what’s done in the sessions. Often they’re not sure how to do this and the counsellor will help them, but we’ll always respect their wishes about what they do and don’t want to discuss. As the sessions go on, the counsellor will encourage the child to ‘lead’ the sessions more and more. Thirdly, they get to decide what information is shared (as long as it’s not a safeguarding concern). Unlike other activities, this adult isn’t going to report back to the parent, giving feedback on how well they’ve ‘performed’. It’s essential that your child knows that the sessions are just for them and they are the counsellor’s client, not you.

What if my child is saying bad things about me?

Every child gets frustrated with their parents, and it’s inevitable that they’ll vent these frustrations with their counsellor. Many of our counsellors are parents themselves, and they know first hand how difficult it can be, and how parenting can’t always be a popularity contest. Our counsellors are trained to listen without making judgements, and they fully appreciate that they’re hearing a one-sided perspective. Their role is to empathise with your child and let them know that they understand that perspective. However, when appropriate, they’ll also encourage them to reflect on how they’re communicating with others, and they’ll help them to see things from the perspective of the people around them.

If your child isn’t talking to you, you might be worried that you’ll become even more ‘pushed out’ as they bond with their counsellor. There’s lots of reasons why your child might not be opening up to you. It may be because they’re worried you won’t understand, but it’s more likely that they don’t want to worry you. It’s much easier to offload ‘heavy’ emotions onto someone who isn’t one of their loved ones. Part of the counsellors job is to encourage them to open up more to the people in their lives, so they no longer need to have the sessions.

How can I help my child? 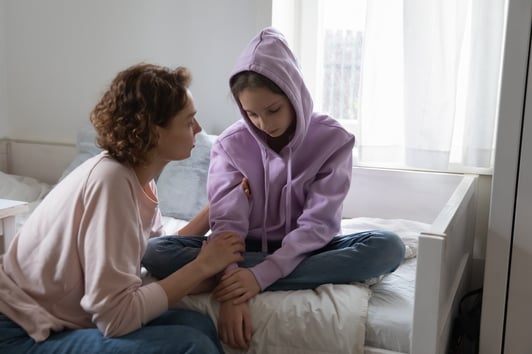 When your child starts counselling, let them know that you’re giving them space and you won’t demand to know what’s happening in the sessions. This is a powerful message. You’re showing that you trust them, and for you, the most important thing is that they have this space to explore their thoughts and feelings.

Once they’ve had a few sessions, you could gently let them know that you’re open to talking about their counselling. Simply asking ‘How’s everything going with your counsellor?’ could be a good conversation starter, but if they answer with ‘fine’ and end it there, it’s important to read the cues and leave it at that. Long car journeys, or walking the dog can be a good time for these conversations, as they often feel less forced.

These quiet 1:1 moments are also a good time to let them know you’re open to feedback. You could say ‘I don’t know if you’ve talked about this in your sessions, but I’d love to know if there’s anything I/we can do to help you when you’re struggling’. If they do give you an answer, it’s essential that you listen carefully and respond non-defensively. Even if you feel like what they’re saying is critical or unfair, let them know that you’ve heard them and you’ll try your best to act on it. This way you’re showing them that they have nothing to fear by opening up to you.

How will I know if there’s a problem?

At the start of the first session, the counsellor will clearly spell out the rules around confidentiality. They’ll let the child know that they’ll keep what they say confidential unless they’re concerned that they, or someone they know, are at risk of harm. This could include disclosures of neglect or abuse, but it will also cover things like self-harm, suicidal thoughts or risky behaviour. Risky behaviour could include a wide range of issues, from drinking or drug-taking, to playing with matches or skipping school.

If a child makes a disclosure, the counsellor will usually let them know they’re going to share it with the parent - and perhaps other agencies if required - and they’ll usually arrange a call after the session. The only time they would go straight to another agency without telling the parent is if they felt this could put the child at further risk of harm. If they feel it’s a high-risk situation, they may call the parent into the session, or make an emergency call while they’re still with the child.

There are some issues that could be considered a ‘grey area’. For example if an older teenager told their counsellor they were thinking about self-harming but were worried how their parent would react, the counsellor may decide that telling the parent will make the child disengage with their sessions at a point where they’re doing important work. In this case, when the risk is low, they may choose to maintain confidentiality and use the sessions to look at these feelings, as well as to explore how they can build the confidence to tell their parents themselves. If you have any questions about this, your child’s counsellor will be happy to talk to you about it in more detail. 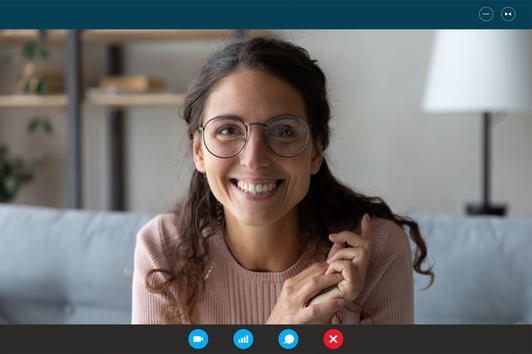 When will I get to speak to my child’s counsellor?

After session five the counsellor will arrange a check-in call with you to discuss how the first five sessions have gone. It can sometimes take four or five sessions for your child to open up and trust the counsellor, so they may not always have lots to report. They may simply be letting you know whether your child is engaging and whether they recommend sessions continue. At other times, the sessions may have moved at such a quick pace that they may suggest ending after six sessions. We do not recommend having this feedback session earlier on, as it’s important that the child and counsellor have time to get to know each other and build the therapeutic relationship before involving other people in the process.

The counsellor will talk to your child in session five and let them know they’re going to speak to you. They’ll ask your child what they’re happy to share about the sessions, and they’ll only discuss what your child has agreed to. For this reason, it’s helpful if you view these sessions as a chance for you to give your feedback, rather than to hear what’s been happening. The counsellor may not be able to share much, but it’s really helpful for them to hear what you’ve observed in your child since the sessions have begun. They’ll be able to answer any questions about how they work as a counsellor, but may not be able to answer any specific questions about what’s being discussed.

We know how daunting it must feel putting your child’s mental health in someone else’s hands, and when you’re not involved in the sessions it can be even more difficult to feel reassured. Our therapists are all fully-qualified professionals who have extensive experience working with children and young people when they’re at their most vulnerable. We know it’s difficult, but if you can give them space in those early sessions to get to know your child, they’ll have a much better chance at offering them the support they need.

If you have any questions, please get in touch with us and we'd be happy to talk it through.

Or if you know a child who would benefit from counselling, why not book in with one of our counselling team.

Why is my child so angry?; The Lockdown Effect

Helping Your Autistic Child to Have Fun on Holiday!