How to Deal with your Child's Tantrums 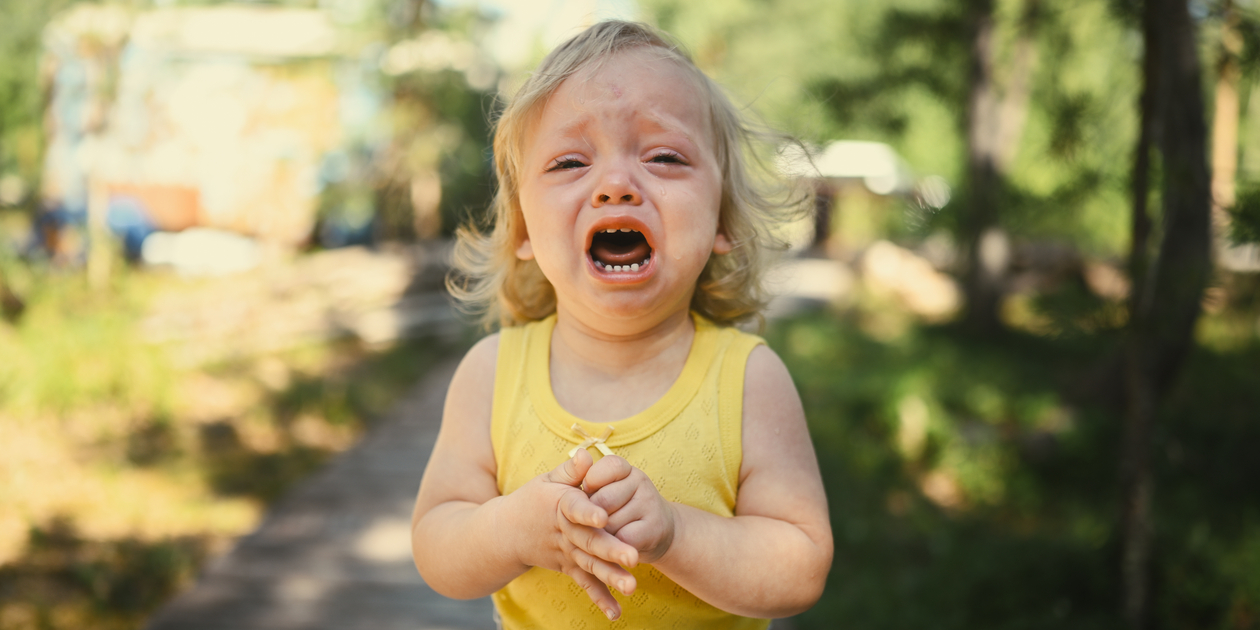 Tantrums are an ordinary part of a child’s development, but they can leave the most patient parent feeling exhausted. In this article, we run through some tips to keep in mind, to help you manage tantrums with confidence.

Think of tantrums as a form of communication

The word ‘tantrum’ can have a negative connotation, but it’s helpful to think of tantrums as more than just a symptom of stubbornness; they’re how your child communicates to you that they’re frustrated or upset. Young children have a limited number of ways to let you know what they want and how they feel, so a tantrum is often the most effective way of communicating that they’re unhappy with something.

It may be more realistic to think of managing your child’s behaviour in terms of reducing how many tantrums they have, or how long the tantrums last, rather than expecting that they will stop completely. Tantrums are developmentally normal, especially between the ages of 2 and 4, when children develop a stronger sense of their own separate wishes and wants. Trying to avoid tantrums at all costs may not be healthy for your child. It’s important for children to experience frustration at times, so they can start to learn how to manage their feelings when things don’t go the way they’d hoped, and build resilience.

What do I do when my child is having a tantrum?

So now we've got more realistic expectations about why and when our children are having tantrums, what should we do when that dreaded moment occurs?

1. Try to understand why

One of the most crucial steps to reducing tantrums is to try and understand why your child was upset. Treat each tantrum as a separate incident rather than a repetition of the same behaviour. Children can have tantrums because they are hungry, anxious or angry, and the more you understand why a tantrum has happened, the better a chance you have at finding solutions.

If the cause isn’t immediately clear, you may need to delve a little deeper. What was going on just before the tantrum? Did anything else happen earlier in the day that might have contributed? 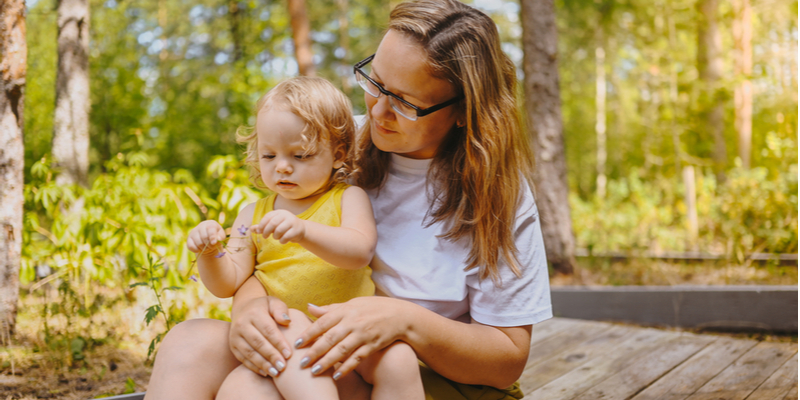 2. Respond according to their emotional needs

How you respond to a tantrum should depend on why it’s happening: how is your child feeling and what has made them feel that way? They may shout and scream when they feel frustrated, but they may also do so when they’re distressed. If your child is distressed because they’ve lost a precious toy, for example, it wouldn’t necessarily make sense to use the same techniques as when they’re refusing to put their shoes on.

If your child is upset because they can’t have something, try offering an acceptable alternative. For example, if they aren’t allowed sweets, perhaps they could choose between an apple or banana instead. If they don’t want the alternative you offer, accept this as their answer, rather than continuing to offer more and more alternatives. 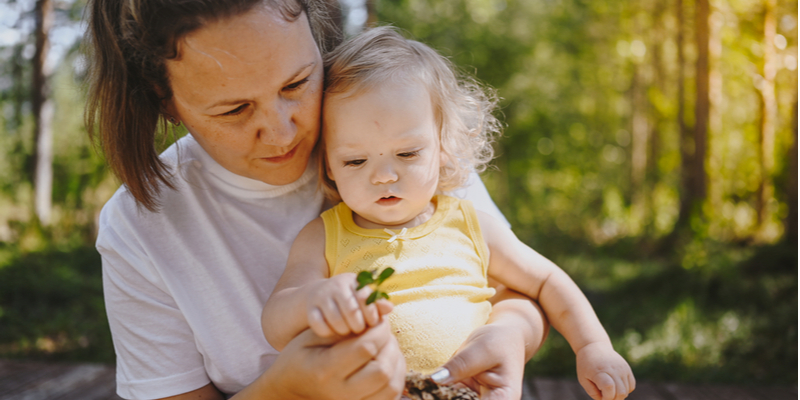 4. Give them space to calm down

If your child reaches the point where they are crying and screaming, they probably need space to calm down before you can try and address whatever has caused their distress. Note the difference between giving a child space, and ignoring them: be sure to explain in a few words that you are letting them have time to calm down, before quietly giving them the safe space they need, rather than turning away and being completely unresponsive immediately. This will avoid them misunderstanding or becoming anxious that you’re not listening to them.

5. Use a calm tone, and keep it simple

Always try to use a calm tone and limit the number of words you use when you’re talking to or trying to calm your child during a tantrum. You can be firm without raising your voice, and keeping your own emotions in check will prevent the situation from escalating further.

Once you’ve explained something to your child, be true to your word. If you’ve told them that they aren’t allowed chocolate before their dinner, stick to this principle, no matter how powerful their tantrum. Likewise, avoid making empty threats that are unrealistic and might distress them even more, such as ‘I’ll tell Santa about your behaviour and you won’t get any presents’.

7. Reflect on your response to the tantrum

After your child’s tantrum has subsided, take the time to consider your behaviour and ask whether your response was useful or not. If you find you’re responding in a way that isn’t working, recognise it and move on. It’s enough to say to yourself, “Ok I tried that and it didn’t help, I'll try something different next time.” 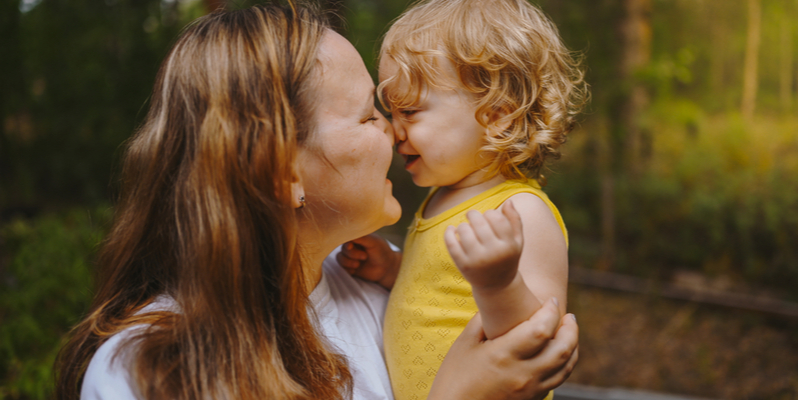 How can I reduce the number of tantrums my child has?

Now that we've ridden the storm and got through the tantrum, how can we reduce how often they occur? Here's a simple guide:

1. Offer lots of praise for their accomplishments

It can be easy to end up focusing all your efforts on stopping tantrums. Instead, recognise the importance of all the moments in between, when your child is doing just fine and coping with the day. Pay them lots of attention when they’re doing well, whether it’s eating all of their dinner or waiting their turn. Praise doesn’t have to be over the top or involve a reward, you can just let your child know that they did a great job.

2. Find a language to talk about feelings

Find opportunities throughout the day to tentatively name how your child might be feeling, whether it’s a positive or challenging emotion. For example, “You’re excited to show daddy your Lego tower!” or “I wonder if you’re feeling a bit nervous.” This approach is more helpful than asking questions like “How are you feeling?’ or ‘What did you do that for?”

If you think you know why your child was upset during a tantrum, you can try speaking to them about it once they've calmed down, with simple words like, “I think you were angry with me for telling you to tidy up.” You can use these conversations as opportunities to accept how they were feeling, as well as reinforcing boundaries. For example, “I know it’s frustrating when it’s time to stop playing and tidy up, but the toys need to go back in the toy box so they’re safe and sound.”

For more ways to talk about feelings, look out for children’s books that explore emotions, and read them together with your child.

3. Don't blame yourself, or your child

In stressful times, you may end up telling yourself that your child’s tantrums are personal, as if your child is letting you know that you’re doing a terrible job. If you notice yourself thinking this way, try to take a step back and reflect on which feelings belong to you, and which feelings belong to your child. Your child might have been cross with you because you didn’t let them eat the chocolate they wanted, but it’s unlikely they’re judging your parenting.

Dealing with tantrums is a normal part of parenthood, but that doesn't stop it feeling incredibly stressful. However, if you find that you’re angry and out of control when your child is having tantrums, or if you feel that the tantrums are affecting your relationship with your child, it may help to speak to your doctor and consider looking for some additional support.

If you would like to speak to one of our team about whether our counselling service could help your child, we'd be happy to help. Here's how you get in touch

Getting Your Child with Speech and Language Needs School Ready